The Reculver walk is a fascinating one, with incredible views, heritage and accessible for all – this easy, interesting ramble is suitable for the whole family as well as being surfaced and accessible for wheelchairs and perfect for buggies too.

There are many local legends about the ruins of St Mary’s Church. It was built on the site of a Saxon minster and acquired its towers in the 12th century. Originally the two towers, known as the Twin Sisters, had spires on top but these were removed in the early 20th century.

One tale tells of the love between two sisters, who were shipwrecked as they made their way to Broadstairs on a pilgrimage to the Shrine of Our Lady. Unfortunately, one of the sisters, Isabella, died as a result of the accident. Her sister, Frances, is said to have restored Reculver church and added the two spires of the tower in her memory.

When the nearby Roman fort was built, the sea was at least 2km away. It formed part of the fortifications defending the coast from invasion from Europe. It was also used as a lighthouse and watchtower serving the entrances to the Thames and the Medway. 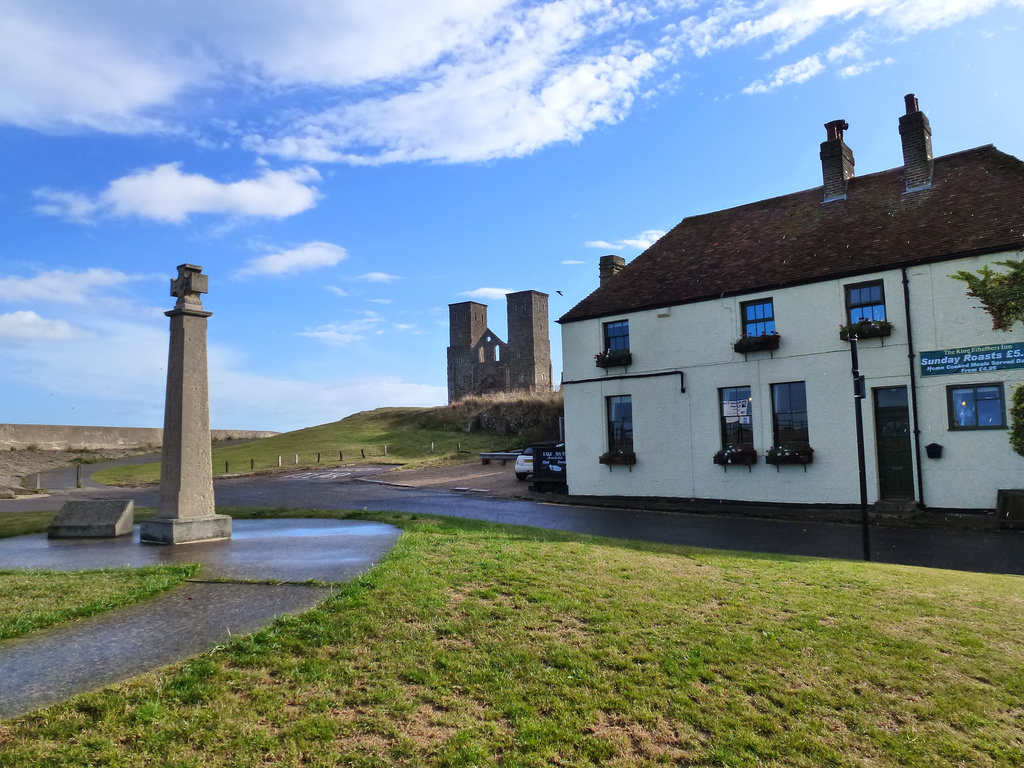 An interpretation centre in the country park outlines the geological and archaeological history of this interesting area. It also highlights the wildlife to be seen on the marshes and rare cliff top wildflower meadows throughout the year.

If you’re exploring the Reculver walk during the winter you’ll be treated to the sight of thousands of migrating birds who gather here on their way to the Arctic. Brent Geese and wading birds can be seen in winter and sand martin nest on the cliffs in summer.

Reculver Country Park is internationally important for wildlife as a Special Protection Area and Special Site of Scientific Interest. The eroding cliffs provide an important habitat for a range of insects and birds. The cliff top grassland provides a pleasant walk and cycle ride for visitors between Reculver and Bishopstone. Sand Martins nest in the cliffs and the grassland on top is a wildflower meadow, home to butterflies and skylarks. The coast is undefended and the constant landslips reveal the geology of the area.

The Reculver Towers are a landmark and Scheduled Ancient Monument that can be seen across the coastline from Herne Bay to Birchington, and the Kentish Flats offshore Wind Farm can also be seen from afar.